Some owners of commercial properties incur additional costs when they contract firms to conduct trenchless boring in order to lay utility lines to the commercial property. Some of those extra costs could have been avoided if the property owner had drafted a contract that was designed to prevent such budgetary overruns. This article discusses some of the measures that you can take to keep trenchless boring costs manageable.

The contract that is drafted should have a section in which all key terms used in the document are defined. Such clarity will enable you to avoid any misunderstanding that may arise in case the words used in the contract's provisions can be interpreted in different ways. For instance, the contract should clearly explain what "gravel" or "rocky" ground conditions mean. A failure to define the term may result in extra funds being requested for in order to compensate for the accelerated wear on boring equipment that has been used in "rocky" conditions.

A geotechnical survey should map out the kind of terrain that the trenchless boring equipment is likely to encounter. That data should empower you to formulate project specifications that outline the kind of equipment that will deliver optimum results during the drilling process. Such attention to detail may save you from incurring extra labour costs in case the contractor opts for equipment that is cheaper but slower at performing the task. This precaution is especially necessary in case you would like the boring to be completed in time so that other tasks, such as installing the utility lines, can be completed before inclement weather sets in.

Avoid Stipulations That Are Hard to Verify

Many contracts usually have provisions that are intended to address any unexpected conditions during the trenchless drilling exercise. For instance, some contracts may stipulate that the boring contractor will be paid an additional fee for having to core through more rocks than the geotechnical survey had estimated.

It may be hard for you to verify whether the contractor has encountered rocks that exceed a given number that was stipulated within the contract documents. This is because the coring equipment may have broken the rocks into smaller pieces to the extent that you cannot count the rocks from which those pieces were obtained. It is much better to stipulate that an extra fee will be paid for each extra tonne of broken rocks that the boring equipment ejects. Such a provision is easy to verify because you can estimate the thickness of the rocks at your site. That thickness can guide you about the volume of stones that can be generated during the drilling of a bore of the desired diameter.

Contact trenchless drilling experts for help in drafting your contract in case you find it hard to formulate contract provisions that will limit the likelihood of incurring extra costs. 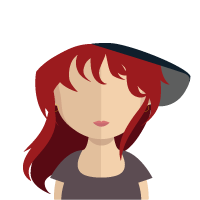